Haulage of containers by train

Rail transport in Lithuania is very well developed and the transport of containers by train is a priority branch of the development of railways. The current total length of the lines of the rail network is 1868.8 km, of which 1520 mm gauges – 1745.8 km, 1435 mm gauge – 123 km. 1520 mm gauge railways stretch to the Baltic States and CIS countries, 1435 mm gauge railways connect Lithuania with Poland and via Poland to other western and central European states. There are 104 stations, 545 level crossings, 410 viaducts and bridges on the Railway Lines of Lithuania. As a result, more and more customers are choosing to transport goods by train, as rail transport is one of the most environmentally friendly modes of transport. We are in an ideal country for transiting goods through existing transport corridors.

More and more cargo is transported in containers around the world because it is convenient, standardized and safe. This is a safe mode of transport, as goods are protected from damage and theft. Each container shall be sealed with a separate and secure seal which is cut off only after the purpose has been reached. Containers are convenient for storage, loading and transporting. Containers are adapted to carry them via most popular modes of transport – by tractors, container semi-trailers, ships, air and rail. Container trains are formed during rail transport. All this determines the advantages of containerizing goods – guaranteed protection of cargo, significantly lower transport and storage costs, quite accurate delivery times.

Haulage containers by train is one of the activities we are doing. We rent containers and arrange container haulage by rail transport for customers, from China and CIS countries. We also arrange shunting of carriers/own containers to and from the necessary railway stations. Some marine lines have stocks in major Russian cities, and this enables us to “drop off” an empty container in it, thus saving the cost of returning to the customer. In the case of exports, empty containers may be ‘picked up’ at the required station and used for the carriage of goods, thereby reducing again the transport component in the total transport price.

It is true that when loading containers on railway platforms, it is possible to bring back goods whose weights could not be transported by road , such as 28.5 tonnes of wood in a 40-foot container or 29 tonnes of fertilizer in a 20-foot container. Rail haulage enables such heavy goods transports without reloading of cargoes.

For the transport of containers by rail, connect with us today. 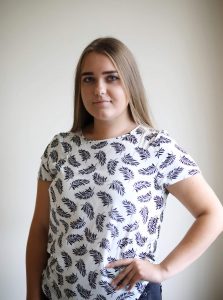 Call us
Go to Top